The government today (May 11) awarded a contract to an international consortium to build Stonecutters Bridge, the world's longest cable-stayed bridge.
The .76 billion contract went to the Maeda-Hitachi-Yokogawa-Hsin Chong Joint Venture.
The 1,600 metre-long bridge, scheduled for completion in June 2008, will be built in a cable-stayed form, from a blueprint adopted from the winning design of an international competition held in 2000.
It will have a world-record span of 1,018 metres; much longer than the Tatara Bridge in Japan, currently the world's longest cable-stayed bridge, with a main span of 890 metres.
"This is more than an engineering feat in which our engineers will no doubt take pride. It is a defining piece of architecture for Hong Kong and a reflection of the confidence of this world city to rise up to the challenges of the new millennium," said the Secretary for Environment, Transport and Works, Dr Sarah Liao.
The Stonecutters Bridge will be an important part of Route 8 linking Tsing Yi and Sha Tin.
"We will be adding an east-west strategic route linking the eastern part of the New Territories to the airport. This new highway will provide direct access to Container Terminals No. 8 and No. 9 in Kwai Chung, which will further enhance Hong Kong as an important international logistics and transportation hub," she said.
The director of Highways, Mr Mak Chai-kwong, said the deck of Stonecutters Bridge would be one of the world's tallest.
The Kwai Chung Container Terminal is one of the world's busiest ports. To allow navigation for container vessels, the bridge deck must be built with a vertical clearance of at least 73.5 metres above sea level.
The two circular steel-concrete bridge towers will be almost 300 metres tall, just under 100 metres higher than the towers on the nearby Tsing Ma Bridge.
Quelle: Hong Kong Government 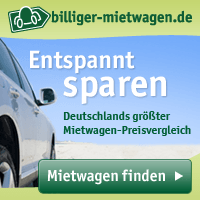